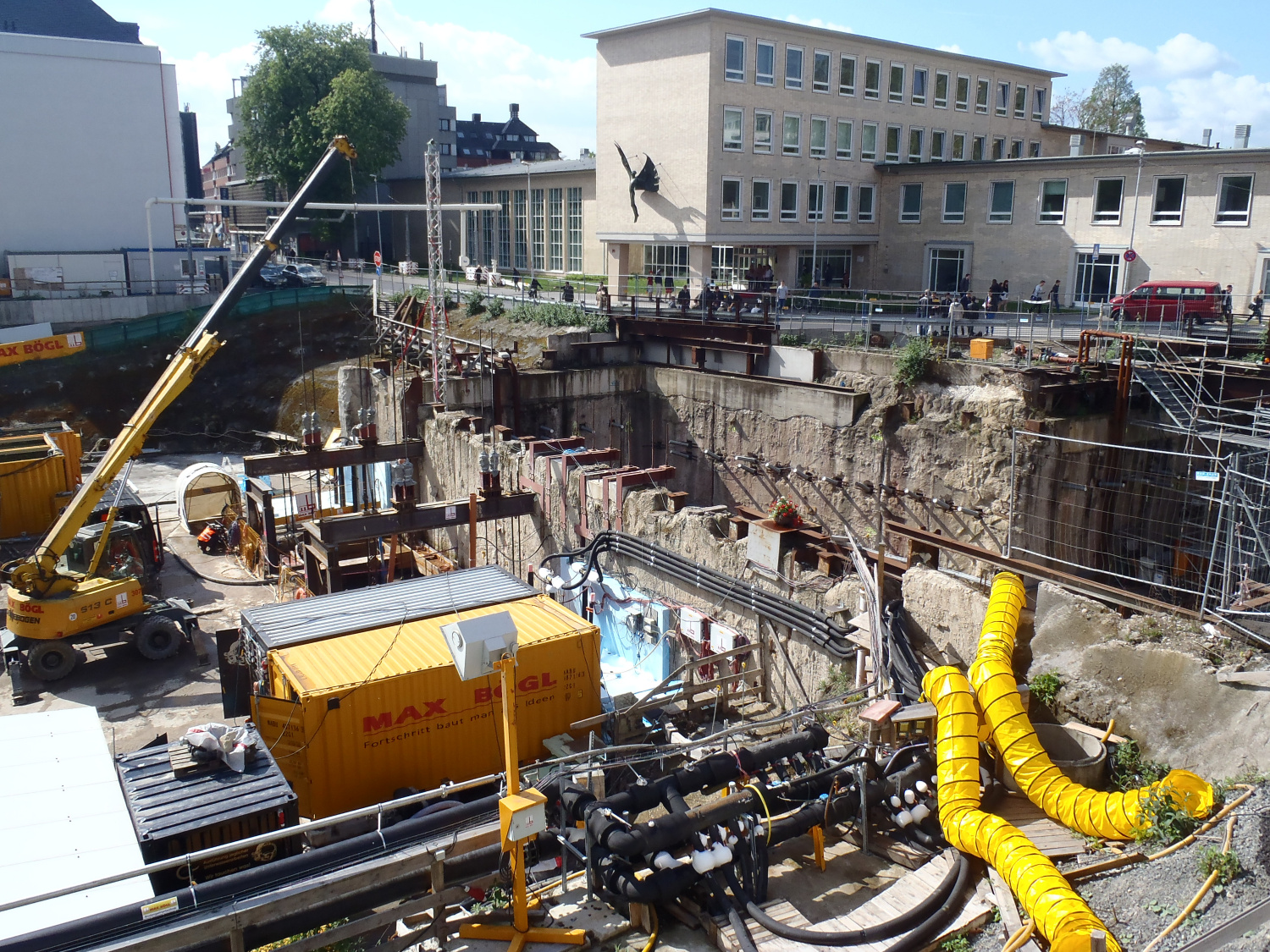 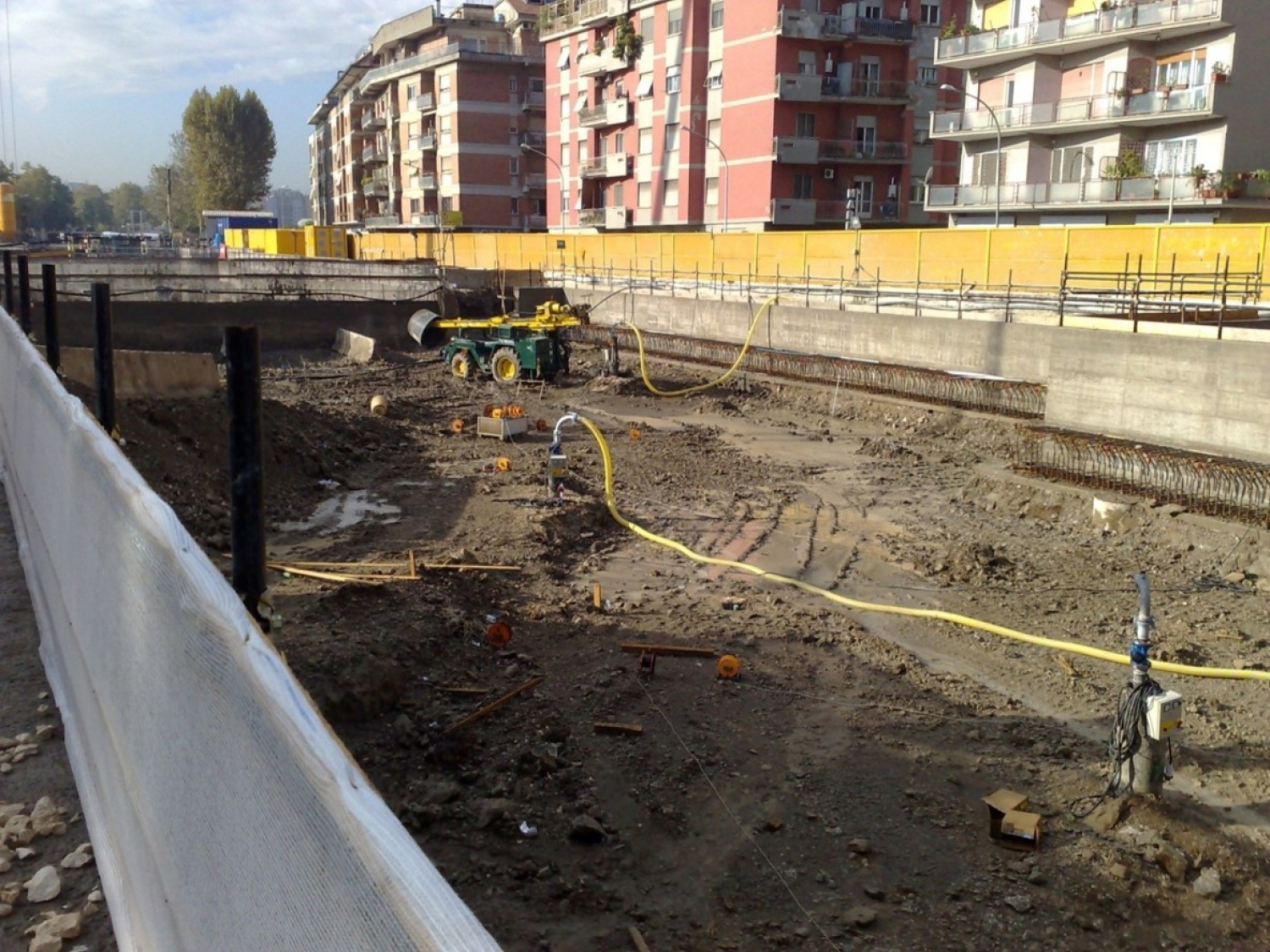 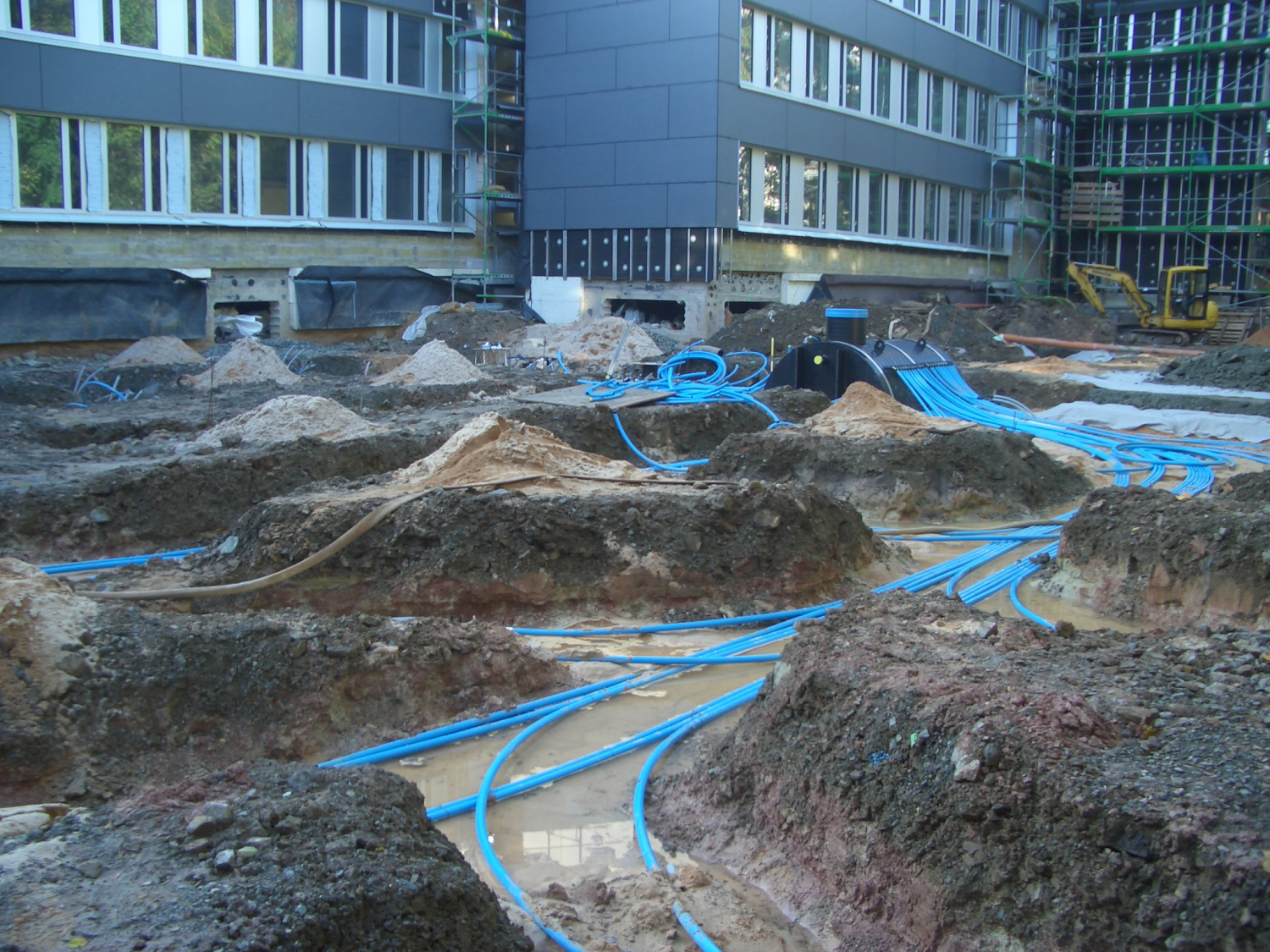 Construction measures below the groundwater level usually require the excavation pit to be kept dry, i.e. it must be hydraulically isolated from its surroundings. Often, an artificial excavation pit enclosure is constructed with injection bases or sealing walls.

Since 1997, GTC has carried out leak detection with the temperature sounding method in over 200 sealed excavation pits throughout Europe, so that targeted remediation work could be planned and carried out.

Leak detection approach: Evaluation of anomalies in the temperature distribution of groundwater subsidence with pumping tests

Sealing elements of deep trough excavations are usually constructed with cementitious building materials. When the cement sets, hydration heat is released, which leads to a strong increase in soil temperature in the vicinity of the components. Due to the low thermal conductivity and high heat capacity of the soils and building materials, this temperature increase subsides only slowly. If water flows through a leak in the excavation pit during groundwater lowering, the advective heat transport changes the temperature field in the excavation pit area through which the water flows. The ground temperature equalises with the temperature of the inflowing water. This cooled area includes the ground which is directly flown through and, after a longer period - due to the conductive heat conduction of the ground - also the immediate surroundings. Temperature measurements during a pumping test therefore make it possible to localise weak points in the sealing system even before excavation.

Temperature anomalies in the soil diminish only very slowly (memory effect), which means that leaks can be located in a sealed excavation even after the groundwater has been lowered. However, for the best possible spatial localisation of leaks, leak detection should already be carried out during the first pumping test.

The ground temperatures are simultaneously measured at several depths and displayed as temperature-depth profiles or as horizontal and vertical isotherm sections. In this way, a precise distinction can be made between leaks in the bottom or in the wall area.